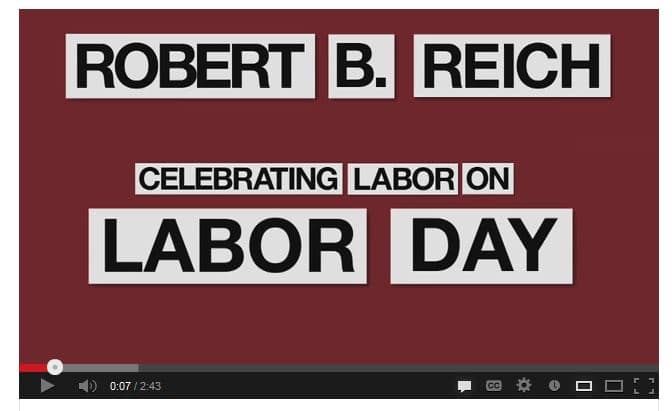 In this Labor Day message, Robert Reich, the former Secretary of Labor and subject of the upcoming documentary “Inequality for All,” breaks down what it’ll take for workers to get a fair share in this economy — including big, profitable corporations like McDonald’s and Walmart to pony up and finally pay fair wages.

After you watch, as a first step toward making this vision a reality, sign Robert Reich’s petition calling on the CEOs of McDonald’s and Walmart to pay their workers fair wages: