End The Drug War On Women 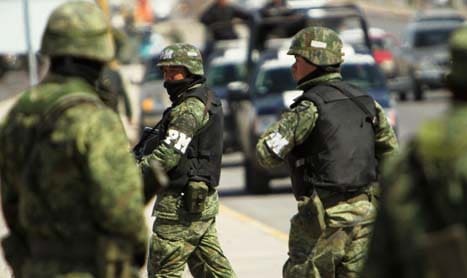 Once again Nevada legislators are trying to win the un-winnable war on
drugs by putting the burden on ordinary and innocent citizens.

This year, Washoe County Sen. Sheila Leslie is sponsoring legislation
to change over-the-counter cold medicines into prescription drugs,
thus increasing the cost of health care in order to make the
ingredients for meth more difficult to obtain. This legislation was
not requested by health care professionals, drug counselors or anyone
who knows anything about how to combat drug use. Rather, it was
requested by the Nevada District Attorneys Association as one more
step in a punitive enforcement strategy that has failed for decades,
designed by law enforcement officials with little knowledge of this
health care issue.

It is worth remembering that when the United States handled drug abuse
as a health care problem, it had a tiny problem. But since drug
prohibition was enacted, drug abuse has become a gargantuan problem.

The Nevada Legislature, instead of enacting more foolish anti-drug
bills, should instead enact a resolution memorializing Congress to end
the drug war once and for all before the family unit is destroyed.

As the National Organization for Women has described the situation,
"the incarceration rate of women convicted of low-level drug-related
offenses has increased dramatically in the past decade as a result of
our nation’s relentless ‘War on Drugs,’ and poor women and women of
color have been disproportionately targeted for drug law enforcement
and receive long mandatory prison sentences that have little
relationship to their actions or culpability. … [T]wo thirds of women
in prison have at least two children who are displaced as a result of
their incarceration, often forced to live in the care of family,
friends, or state-sponsored foster care where they may be at increased
risk of emotional, physical, or sexual abuse."

Prohibition always has those kinds of unintended consequences on low
income people. Consider, for instance, Connecticut’s 1950s policy of
prohibition of birth control. One scholar has written, "Enforcement of
the statute against those working in clinics kept birth control
clinics closed in Connecticut for twenty-five years. The lack of birth
control clinics may not have greatly affected middle-class and wealthy
people who could afford private medical care, since doctors would
often ignore the laws. The lack of clinics primarily harmed
lower-income women who needed the free or low-cost services birth
control clinics provided."

In her essay "Moms United to End the War on Drugs," Gretchen Burns
Bergman wrote, "This is an appeal to mothers who have seen first hand
the devastation of the drug war. Please join together now and lead the
charge to end drug prohibition, just as a previous generation of
mothers did to end alcohol Prohibition in the 1930s."At a rally where
she spoke in Sacramento, Burns said, "While it may seem counter-intuitive that a group of mothers would say such a thing, it’s
because we love our children and we really feel the war on drugs is
more harmful than the drugs themselves."

It was this week in 1939 that Nevada lawmakers repealed prohibition of
alcohol for Native Americans on grounds that tribal members should not
be treated differently than whites. There was also the fact that
prohibition had failed. Some lessons have to keep being relearned.