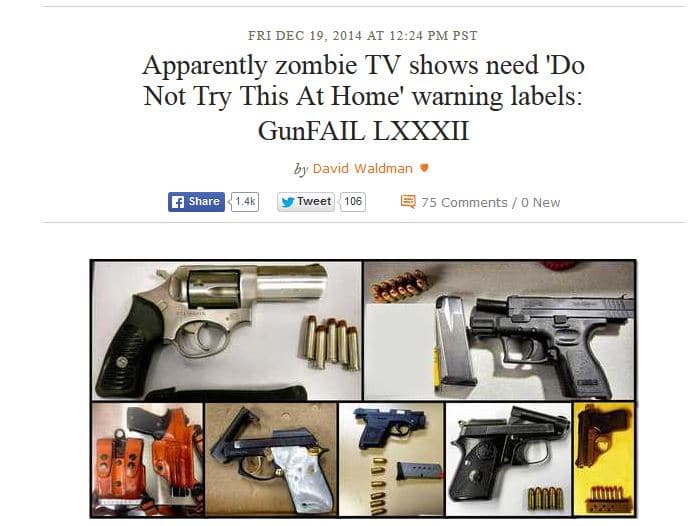 “The exact circumstances, though, are often varied and unpredictable. For instance, entry number 10 is one of nine accidental shootings among family members in this compilation (there were eight last time), but the individual circumstances set it apart. A 16-year-old boy was killed by his 24-year-old brother, because his brother likes to watch The Walking Dead while he fondles his gun. Presumably because it’s a scary TV show, and he likes to fantasize about killing the zombie bad guys. Smart.”  Full Article >>>

Ebola: What you need to know

The Answer To This Question Is The ...