Because I said I would 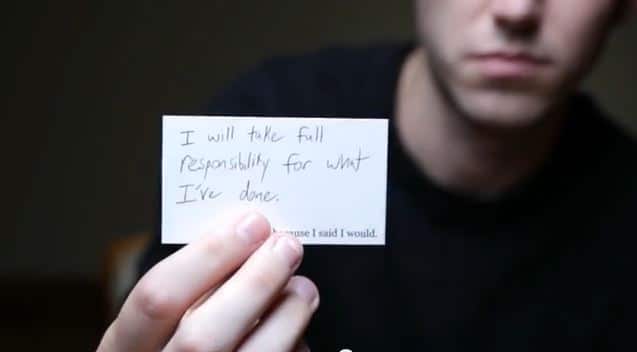 Last June just outside Columbus, Ohio, 61-year-old Vincent Canzani was killed in a drunk driving crash after another driver drove the wrong way. It happens 10,000 times a year in the U.S., even after decades of PR campaigns and ever-increasing DUI penalties. ‘

But what makes this case different is the drunk driver, who has yet to be indicted for the accident. On September 3rd, 22-year-old Matt Cordle released a video confession, addressing a history of alcohol misuse, and “taking full responsibility for what I’ve done to Vincent Canzani and his loved ones.”

Titled “I Killed a Man,” Cordle says he is using the video to warn others against drinking and driving, and has launched the campaign #saveyourvictim. He states that attorneys advised him that they could “get him off,” but he is compelled to own his actions and take the punishment. At the end of the 3-plus minute video, he implores viewers–”begs” them–not to drink and drive.

As the video begins to circulate on social media, some claim he is using the platform for his own benefit when it comes to sentencing. Whatever your thoughts, we think you’ll agree it’s a powerful video.

Getting Health Coverage in The Justice System

There Have Been More Mass Shootings Since ...